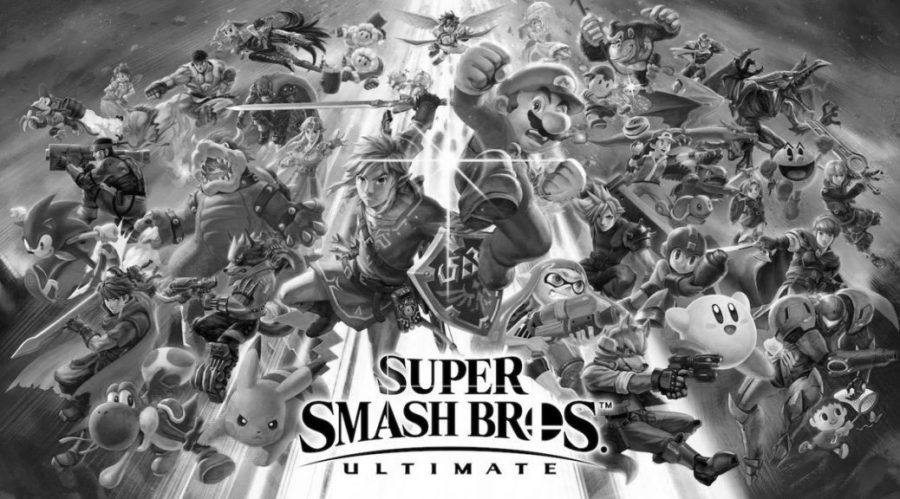 On March 8, 2018, the gaming world was changed forever. At the end of a Nintendo Direct, a semi-monthly event where Nintendo shows off new games to release in the future, the company revealed a teaser trailer for a brand new “Super Smash Bros.” game, which was at the time unnamed. Almost exactly nine months later, on December 7, the game released to almost instantaneous praise, with the title “Super Smash Bros. Ultimate.”

“Super Smash Bros. Ultimate’s” tagline is “Everyone is Here,” and the game is certainly deserving of it. It’s main selling point is the addition of every character that has been in any of the games prior, namely the ones who were cut from earlier additions. This means that fan-favorites such as Young Link, Snake, and Ice Climbers made their return to the series.

Alongside these returning veterans, some fan-favorite newcomers have joined the fray as well. These include highly requested fighters such as King K. Rool, Ridley, and Simon Belmont as well as out of the ballpark pick Piranha Plant, who will be joining the roster as the first downloadable fighter in February of 2019. This pushes the total roster of fighters to a mind-blowing 75 fighters to choose from.

Moving on to the game’s impressive roster of stages, it features nearly every stage from the past five iterations. A new feature added into this entry in the series is Stage Morph, where players can choose two stages to play on, and the two chosen will switch out during battle. Due to this feature, some stages from previous entries didn’t return to this game.

The game boasts an impressive adventure mode, known as “World of Light,” in which the Smash Bros. cast unites to take on Galeem, the Lord of Light. In World of Light, players have the assistance of spirits, who give the player extra buffs and open up more paths in the overworld.

In addition to World of Light, spirits can be attained through the Spirit Board, which offer players one shot at attaining the spirit. If the player succeeds, they are taken to a minigame where they must free the spirit.

“Super Smash Bros. Ultimate” hits home in almost every aspect. The characters, the stages, the music, and the game modes are all masterfully blended together to create one ultimate experience.