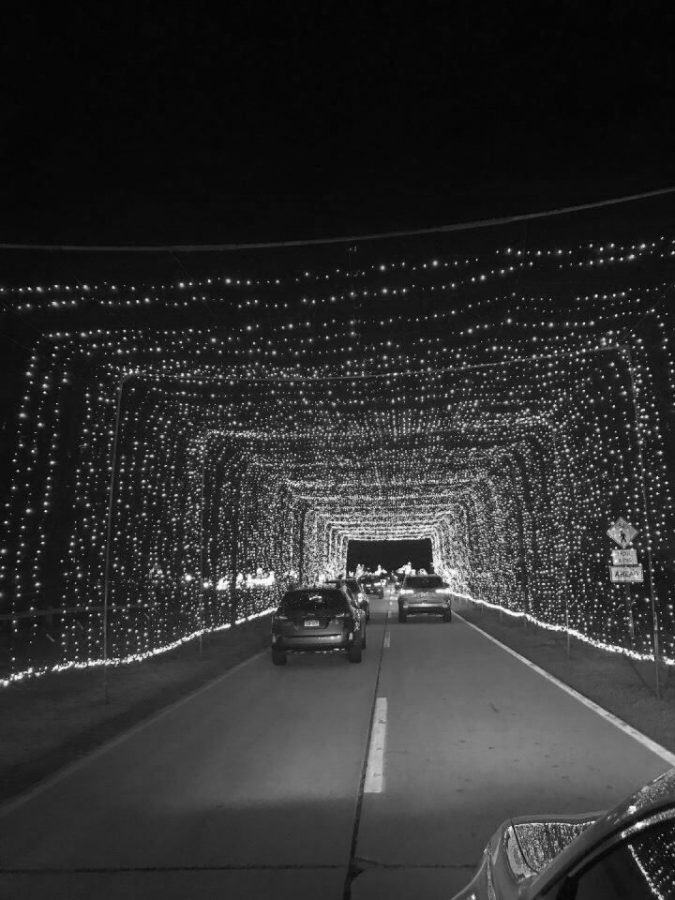 During the holiday season of 2018, many Long Islanders flocked to the south shore to check out the annual Jones Beach Holiday Lights Spectacular. The show has been a tradition for years, and it is a sight that helped light up the faces of guests throughout the holiday season.

The Holiday Lights Spectacular encompasses two and a half miles worth of light displays throughout the west end of Jones Beach every year.

After paying the entrance fee, guests could tune into a special holiday radio station to go along with the lights. The radio station played a plethora of classic holiday hits while some new favorites were added into the mix.

Over time, different light displays have been added and removed at the event, resulting in a mix of both past and present favorites at the most recent outing.

The show opened with several displays of motorcycles pointed towards a tunnel completely covered in Christmas lights. After passing through, the story of ‘“Twas the Night before Christmas” was told using different sets of lights. Along with this Christmas classic, brightly lit holiday treats were on display.

Afterwards, guests drove through a tropical themed area with more lights showing parrots, crabs, flamingos, and even Santa Claus doing the limbo. After ironically passing a construction site, guests viewed several public works vehicles including a Tonka-like dump truck filled with presents and a cement truck. The show then transitions to an Egyptian theme with several camels and pyramids.

Beyond this, astronomical themes included several satellites, rocket ships, UFO’s, and asteroids. Even the planets were on display surrounding the road, resembling the planets revolving around the sun. Following some more festive lights that include displays of igloos, Santa’s reindeers, and several snowmen, guests can either drive through the rest of the show or check out the Toyota Holiday Village.

The village was a nice place to unwind with many fun activities for the whole family. Activities such as cooking s’mores over fire-pits, photos with Santa, and a hay maze added to the atmosphere and increased the value of the admission price. Young children especially found the hay maze fun due to its dimly lit atmosphere, which provided an extra level of difficulty to the maze. Concessions such as coffee and hot chocolate were also available for purchase in this area.

Compared to the past, the Toyota Holiday Village offered many new activities, making it much more versatile than ever before. Especially among the concerns regarding the costly admission price of nearly $30, the larger village not only adds to the experience, but adds a true sense of Christmas magic that may have been lacking in the setting in past years.

After exiting the village, guests drove through the remainder of the show. The song “Twelve days of Christmas” is displayed by using lights of all the items that were given on the 12 days of Christmas, such as five golden rings and ten lords leaping. Shortly after this, some old fashioned, yet memorable holiday toys were seen including Mr. Potato Head, a rocking horse, and a toy train. Reindeers could also be seen playing football, basketball, and baseball.

The show ended with signs wishing guests a Merry Christmas in different languages prior to driving through another tunnel of Christmas lights. Overall, the show was phenomenal, and the people behind the magic continue do an amazing job at lighting up the faces of people of all ages year after year.