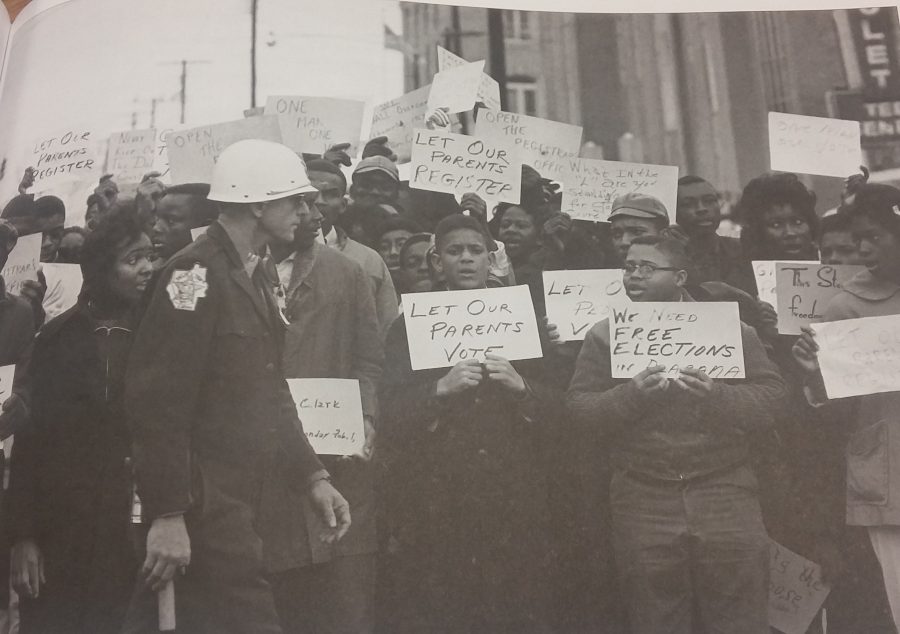 With February quickly approaching, and along with it the commemoration of Black History Month, many students do not feel that the occasion is properly recognized at Massapequa High School. To most of the Massapequa student body February is a month shrouded in chocolates, hearts, and Valentine’s Day cards. However, for a portion of the students, February is a time to celebrate their history and culture.

Black History Month was first conceptualized in 1964 when an American student, Carter G. Woodson, while sitting in his American History class, became bothered by the fact that the lessons did not accurately represent him or his community. The lessons were additionally being led with no cognizance of his presence. Later, Woodson and his colleague, Jesse E. Moorland, founded the Association for the Study of African Life and History in 1915.

Nine years later, Woodson and the ASALH launched “Negro History Week” which was the second week of February. This was inspired by Frederick Douglass’ birthday being February 14 and Abraham Lincoln’s being the February 12. The celebration of black history spread rapidly across America and, 52 years after the first Negro History Week, President Gerald Ford announced that February would be celebrated as Black History Month.

The establishment of Black History Month was meant to celebrate the accomplishments the black community has made and recognize the challenges African Americans still face today.

Massapequa High School is not known for its diversity. In fact, 95% of the student body is comprised of students who identify as white or caucasian, according to US News and World Report. To put this in perspective, The Washington Post reports that the average white student attends a school that has a student body comprised of 72.5% white individuals.

The lack of racial variety in the Massapequa community is deeply rooted in history, particularly in the racism of former real estate developers on Long Island during its formative post-World War II years according to The New York Times. Particularly notable was Levittown. A clause in the original real estate contract strictly prohibitied minorities from purchasing homes there.

“I feel as if black history in general isn’t well commemorated in our school for several different reasons. Black History Month for me has always been something that I’ve dreaded because of the way my teachers and fellow students portray it,” Kaila Cooper, an African American sophomore said.

A common school of thought seems to be that black history month isn’t spoken about enough in school. “I feel like, yea, it’s talked about but definitely not enough” Charles Marmo, a Caribbean sophomore said. With black history month spanning over such a quick period of time it’s important to provide an environment in which students can feel prideful all 28 days of the month.

As a community, we can do several things to make our school a more accommodating place for black students. Given that Massapequa does not receive a vivid glimpse into the tribulations of the African American community, perhaps it would be beneficial to make more of a stronger effort to acknowledge the history of race relations in the United States in the school’s social studies classes.

“I would imagine that most people are aware of the Civil Rights Movement during the 60’s but I think, for some, it’s merely recognized: not comprehended or understood,” junior Alexandra Valentine said.

As a school, we have days to celebrate gender identity, sexual orientation, and mental health. Dedicating a specific day to the history of African-Americans in social studies classes could be beneficial in ensuring students can empathize with races other than their own. However, creating a specific day could present problems.

“On principle, a race day sounds good. I have problems with it because it becomes sort of forced. There is a dedicated Constitution Day for social studies classes, which often minimizes the discussion on the subject,” AP United States Government teacher Mr. Bachman said. “I worry that the same problem would appear in a similar way for a designated racial day. It would be beneficial to create a more reasonable curriculum which allots more time for the study of African-American accomplishments such as the Civil Rights Movement and the Harlem Renaissance.”

Whether it be a specific day or something else, allowing more time for these important issues to be covered in classes could likely be beneficial for the community in understanding the difficulties that come with being a racial minority.