What Exactly Happened to the Murder Hornets? 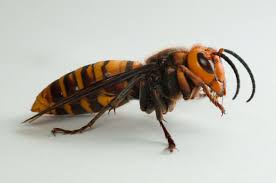 Americans were first concerned about the Asian Giant Hornet, or rather, a “Murder Hornet,” in early December 2019. This was the time of the first reported sighting of an Asian Giant Hornet in the United States. After this incident, the American people were notified that if they saw one, it was to be reported immediately to authorities.

The Asian Giant Hornet is an invasive species in the United States, which means that the species devours food, shelter, and space intended for US-native organisms, potentially leading to the eventual collapse of ecosystems. Its list of hazards only extends from there. A murder hornet is an extremely treacherous predator to a honeybee, a species already on the brink of extinction. A single hornet has been known to demolish an entire hive as well as its inhabitants. As for us humans, these hornets have stings that can put us into anaphylactic shock if we are stung repeatedly.

This was another onset of panic in 2020, amongst the rising numbers of coronavirus cases. Fear caused many people to falsely report “Murder Hornets” which turned out to be large yellowjackets or other species of hornets.

Once Summer 2020 came about, the anxiety surrounding the Asian Giant Hornet somewhat fizzled out. The national and local news stations lowered their coverage of the murder hornet situation as other updates on politics and COVID-19 took front and center. So, what happened?

In October 2020, the number of murder hornet reports on the Pacific coast of the US skyrocketed, prompting a local investigation of the situation. Searching continued until authorities in Washington discovered the first known murder hornet nest in the United States.

There are safety measures that have been employed with the hopes of preventing the further spread of murder hornet populations. Live traps and “sentinel hives” are false beehives that intentionally attract hornets. They have bee-sized holes in the “hive” that are too large for hornets to fit in. These sentinel hives allow bees to conduct their normal activities without disruption from the Asian Giant Hornet.

Once this murder hornet nest in a tree in Washington was discovered, the standard procedure has officials donning protective suits as they wrap the tree to prevent hornets from escaping, use a vacuum to suck up all the hornets in the nest and tree, then pump in carbon dioxide to kill any that remain.

Entomologists rushed in to investigate the nest. It was released that the hornets were about to enter a “slaughter phase” where they reproduce and kill honeybee populations, so the sighting was just in time. Additionally, the nest was home to a maximum of 200 queen hornets and 300 hornets in other various stages of development.

The entomologists also discussed the possibility that queen hornets from that nest could have escaped to eventually create their own nests in nearby locations. However, this would require the hornet to find a mate as well as be properly sustained with nutritious food.

Scientists are unsure of how a queen ended up in the Pacific Northwest, but the existing theories include illegal smuggling to use as an ingredient in alcoholic beverages or to be eaten and a queen traveling through trade with Japan, the murder hornets’ homeland.

Scientists are hopeful for the species’ extinction in the United States since the number of located nests so far has been low. The combination of the slow spread of the species, as well as the unfavorable climate conditions in the United States for the murder hornet, ease their apparent concerns about the future of these dangerous hornets.